skip to main | skip to sidebar

I've been in a major blog funk for lets see.....the last 3 months! Just something about it isn't working for me anymore. It started b/c my SIL is here at my office with me every day. At work is the only time I can even get on blogger to post. Which is nearly impossible now with an audience.

I've been getting questions on how she is doing, and while respecting her privacy, I can tell you that she's still at a stand still as far as what's is going on. Upcoming events for her include: braces to fix her bite, therapy (physical & emotional) meeting with disability programs for her education & mostly her upcoming surgery in August to correct her eyes and part of her brain. It's a giant surgery and by far the most risky. She also was informed she will not be playing softball, meaning she withdrew from college officially on Friday. It's still an emotional time for everyone, but we continue to pray for her healing.

I got to meet TWO amazing blog friends of mine yesterday!! My friend Tiffany & I went to our blog friend Ashlee's baby shower where we also got to "meet" Shelly! It actually felt like I knew them already, so it was pretty natural. Their little girls are ADORABLE! I'm so glad we got to attend her shower & I look forward to getting together with them more.

It was a busy weekend, and I wish I had time to post all the pics. My entire family came in to town to celebrate a milestone for someone very close to us. Also,Gavin & his baby cousin Connor got to play at the splash park/playground for the first time together. It won't be the last time for sure! My brother from another mother, Shelby even came down. We all grew up together, so it was great to go down memory lane. We had lots of family time all weekend that we don't ever do enough. Unfortunately, Gavin was under the weather and quite the handful so I was extra busy with him.

Big news we found out over the weekend.....My sister (Connor's mommy, Lacy) announced her pregnancy to everyone! They decided to start trying again, and we are all excited. Hoping for a girl this go around. There's nothing but boy grand babies, and my mom needs her fix now! Lacy is due in the beginning of February.
And no...we aren't trying in case anyone wants to know. I'm good for now! lol.
Lacy & her family haven't moved up to Waco yet, but hopefully in the upcoming few months before she gets too big to help moving. BTW, I have to brag about my nephew. Connor is 21 months and speaking in full sentences! I wouldn't know for sure, but I think he's a genius! i was shocked to hear him talk and repeat everything his mommy said!

I've had my hands super full with work lately. We've got crews all over the place & it's my job to keep up with every.single.person. whew! Derek is working in Oklahoma, but traveling to Arkansas every week as well. Then he'll be supervising a whole part of the company in Amarillo (so far from here). I'm not looking forward to that. It's been pretty darn hard holding up the home front without him home lately. He's been coming home on Sat nights pretty late and leaving Sunday, but it's just not enough. I'm looking forward to our July 4th weekend b/c he'll be off for a few days.

We're having our kitchen done starting Wednesday!!! Finally. It isn't anything fancy, but it's better than what we have in our 70's kitchen. ugh! it's awful! But, I think I will like it and it will help us sell in the long run.

Speaking of selling. I've really put a complete halt on talking about houses for now. All we can do for now is save our money. We have a pretty good down payment, but we have to have $ to run electricity, water, sewage, etc all out to our home site until we can build and that costs a ton out in the country. I think the updated kitchen will hold me over until then though ;)

Oh yea, I can't remember if I posted about my little car accident or not. I'm still in a rental and waiting to get back in my car. I see it at the body shop on the way to work, and it makes me sad to see the whole front of it gone :( But, it will be like driving a new car when I get it back!

And I can't do a post without talking all about my baby boy!! He is becoming quite the little ham!
Favorite obsessions include his crocs(shoes) and socks. If he sees either, he comes to me, sits in my lap and puts up his foot with whatever he wants me to put on it. Just over the last week, he's become attached to a stuffed lamb of all things. I'm sure his daddy will like seeing his son walking around with a sweet, pretty, music playing lamb everywhere. lol. It's really cute though.
I've been working with his words and right now he mostly says Light, MaMa, Uh-Oh, Dada, Dee-Dee, Papa(which he doesn't even have a papa) He's trying to say Pop. lol. And I taught him excuse me just this weekend. It's more like-"coozme." It's adorable! Oh and over the last two weeks, he's grown out of his 12 month clothes and now wearing 18 months. Which could also be a reason for the crankiness along with his new teeth coming in.
He's growing up entirely too fast and doesn't want my cuddles much any more :( I wish he would stay this age forever!

And for all of you who lasted this entire post without seeing any pictures.....you are awesome! If you really want to see some pics of my adorable son, check em out on fb :)

I hope this post will hold you over until the next time I have more than 5 minutes to get on here.
XOXO.
Posted With Love By Rosie at 2:57 PM

Hopefully your blog funk will not last much longer, it seems that I am in one myself too. I hope that the new upcoming events for your SIL are easy and as always I will be praying for her progress and healing. Yay for your kitchen getting done! I hope you have a wonderful week!!

It was very nice to finally meet you!! You and Tiff are so sweet. Congrats to ur sister! Something is def in the water! lol! Let us know how Alyssa's surgery goes this summer. Still praying for her!

Ive been in one too and just really dont have the time to do one which sounds weird since Im off for the summer. Congrats to your sister

So glad to read the updates! It was so great meeting you & Tiff. I just have to say you have the most beautiful color hair. I always thought so in pictures but after seeing it in person now, pictures dont do it justice! I hope things settle down for you soon & your kitchen upgrades go smoothly. Cant wait to see your 4th of July pics ;-)

I hope everything is ok-havent seen you around in a long time:)

Nice Blogging on love at first sight ..
John Phanchalad at JP Digital Tech have a very good track record in digital media marketing. For more you can visit on http://johnphanchalad.com/merry-christmas-from-john-phanchalad/

Hi! If you are new to my blog, you can click here to read my story.

Rosie
My name is Rosie & I'm married to Derek. We've been together for 8 yrs and married for over 4. We both work for his family business which keeps him out of town a lot, and I run the office at his parents' home in the country.After 2 yrs of ttc & unexplained infertility, we finally conceived & welcomed Gavin Lee on April 14, 2010. I officially have a toddler on my hands & am enjoying every second of it. My hubby & I are beyond belssed in life & couldn't be happier. Thanks for stopping by! 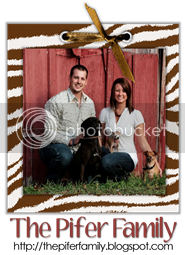